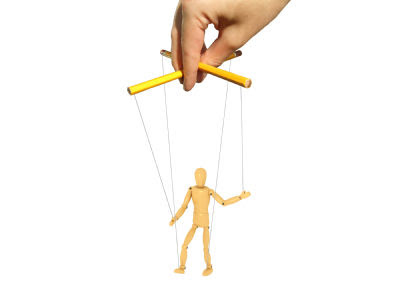 Today we’re continuing to look at relationships and influence. John Maxwell said that “leadership is influence”, and so if leadership is influence then whoever you allow to influence you is in fact leading you. Those people will either lead you towards your destiny or away from it. We need to be wise in who we allow to influence us because there are some people who would seek to influence us but not for our benefit.
“Beware of false prophets, who come to you in sheep’s clothing, but inwardly they are ravenous wolves. 16 You will know them by their fruits. Do men gather grapes from thorn bushes or figs from thistles? 17 Even so, every good tree bears good fruit, but a bad tree bears bad fruit. 18 A good tree cannot bear bad fruit, nor can a bad tree bear good fruit.”
Matthew 7:15-18 NKJV
The problem with deception is that you don’t know when you’re deceived. Have you ever had someone deceive you? The moment you realize that they have been lying to you, you are free from their control (knowing the truth sets us free). That’s one of the purposes of deception: to try and control you. And it’s not for your benefit.
Jesus said that you should be on your guard (be on your defense) because some people who would come and seek to influence you are bad news. He called them “false prophets” but that doesn’t mean that every bad influence will call themselves a “prophet”. They might, but often they are more subtle than that. Jesus said that they will look like sheep on the outside, but inside they are “ravenous wolves” (starving, voracious wolves). They talk the talk and act the part, but if you look closely they don’t have what they talk about, there is little to no fruit of the Spirit or success in their lives. All they are really trying to do is win your favour (often through their generosity in gifts and finances) and then use that favour to manipulate and control you for their own benefit. They’ll give you advice as a “thus saith the Lord” but all they’re attempting to do is try and control you in the Name of Jesus. These controlling, manipulative people usually always seem very mature in the Lord and know the Bible fairly well, but if you look closer and dig a little deeper, you’ll see that they don’t really have any fruit. It’s all talk. Jesus said that we will know them by their fruit. So if, for example, they aren’t walking in patience and love (Galatians 5:22) but are rather marked by anger and impatience, then they probably aren’t looking out for your benefit and you probably don’t want them to be influencing you.
“Do not be deceived: “Evil company corrupts good habits.” 1 Corinthians 15:33 NKJV
You need to be wise in whom you allow close to you because they will influence you. Healthy influences will help you to fulfill your destiny, but bad influences will corrupt you and prevent you from reaching your potential and fulfilling your destiny.