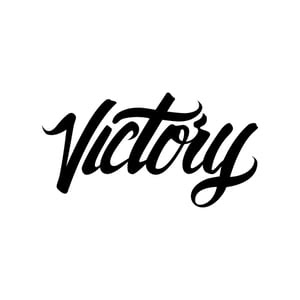 “…for the battle is the Lord’s, and He will give you into our hands.”
1 Samuel 17:47 (NKJV)
David was a 15-year-old shepherd boy while Goliath was a 9-foot-9 giant – a grown man who had been a soldier from his youth. Not only was Goliath a huge man, but he also had a sword and armour. In the natural, it seemed that all that David (the pretty little 15-year-old boy) had was a slingshot and five stones. He had no armour and no experience in war – in the natural, the odds were stacked against David. But David had confidence (faith) in his covenant (relationship) with God, knowing that the battle was the Lord’s. He was bold and spoke out his faith with confidence because He knew that when you trust in God you will never be put to shame (Psalm 25:3). As a result of his faith in God, David did not fear at all, and he defeated Goliath and secured victory for the Israelites.
“So David prevailed over the Philistine with a sling and a stone, and struck the Philistine and killed him. But there was no sword in the hand of David. 51 Therefore David ran and stood over the Philistine, took his sword and drew it out of its sheath and killed him, and cut off his head with it…”
1 Samuel 17:50-51 (NKJV)
David was relying completely on God for the victory. He knew that in the natural he didn’t stand a chance – he needed God. But David didn’t just sit down on the battlefield and wait for God to kill Goliath. David wasn’t passive and we shouldn’t be either. Scripture says that “David hurried and ran toward the army to meet the Philistine”(1 Samuel 17:48). He hurried and ran towards Goliath – neither of those descriptions of what David did have a hint of passivity. Then, “David put his hand in his bag and took out a stone; and he slung it and struck the Philistine in his forehead” (:49). David did something and because of his actions “David prevailed over the Philistine” (:50) and “David ran and stood over the Philistine, took Goliath’s sword and drew it out of its sheath and killed him, and cut off his head with it” (:51). David did something – he used what was in his hands and dealt with the giant in front of him. He didn’t sit back and say, “Well, if God wants me to have victory over the giant, then I will have it because He will do it.” David knew that God wanted him to have the victory; he was confident that God would give him the victory; but he went out and did something.
David was not in works or legalism: he wasn’t trusting in his own skill or his own holiness. He was trusting completely in God to give him the victory, and his faith was in God’s promises and commitment to him, given by covenant. Likewise, we should not passively wait for victory to fall on us – we must go and get a hold of what God has given us. He wants you to live in victory! God doesn’t want you to be overcome with sickness, financial problems and other attacks from the devil – God’s desire for you is that you reign in life and live in victory and freedom. And through Jesus, God has made a way for you to experience this. God has given you authority and power to overcome and defeat the giants that come against you (see Mark 11:22-24). Passivity will cause you to wait for something to happen; but when you realize that God has already given you the victory, you will rise up and use your God-given authority and ability to defeat your giants.
“Submit yourselves therefore to God. Resist the devil, and he will flee from you.”
James 4:7 (KJV)
The word “resist” means to actively fight against. There is nothing passive about actively fighting. If you are not actively fighting against the enemy and his attacks, then you’re submitting to them. Don’t allow the devil to run circles around you – rise up and use your God-given authority (Luke 10:19).
“…Have faith in God. Truly, I say to you, whoever says to this mountain, ‘Be taken up and thrown into the sea,’ and does not doubt in his heart, but believes that what he says will come to pass, it will be done for him.”
Mark 11:23-24 (ESV)
Don’t wait for God to move your mountains. He has placed His mountain-moving ability inside of you! You need to rise up and speak to your mountains (problems) and tell them to go. Don’t submit to the problems – resist them!
Thought to focus on for the day:
When we are preparing to face our giants, we start from a place of rest and confidence and trust in God (not ourselves) and the reality that He has already given us the victory. This does not make us sit still – passivity won’t help us kill our giants! Faith makes us run towards them without fear, and we can do what needs to be done in the authority of Jesus, who has overcome everything.