TRUST IN GOD AND YOU WON’T BE DISAPPOINTED 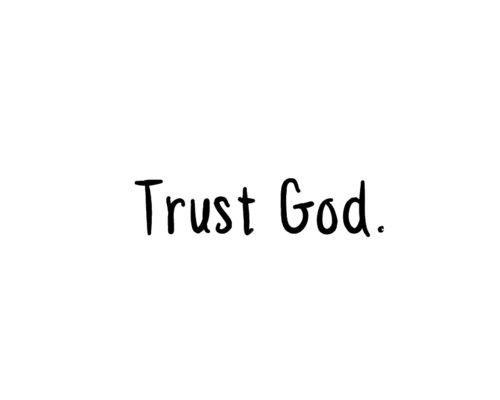 “Then David put his hand in his bag and took out a stone; and he slung it and struck the Philistine in his forehead, so that the stone sank into his forehead, and he fell on his face to the earth. 50 So David prevailed over the Philistine with a sling and a stone, and struck the Philistine and killed him. But there was no sword in the hand of David. 51 Therefore David ran and stood over the Philistine, took his sword and drew it out of its sheath and killed him, and cut off his head with it. And when the Philistines saw that their champion was dead, they fled.”
1 Samuel 17:49-51 (NKJV)
I am sure that David was pretty good with his slingshot, but he had never used it on a giant before. No matter how good he was with the slingshot, he was committing to do something that he had never done before. Goliath was wearing a helmet which increased David’s odds against him. But David wasn’t trusting in his slingshot or in his ability. Even when he told King Saul about having killed a bear and a lion while defending his sheep, he didn’t say how he killed them; he credited God for his success, saying that the Lord had delivered him “from the paw of the lion and from the paw of the bear” (1 Samuel 17:37). David wasn’t arrogant or self-confident, he was God-confident. Likewise we need to trust in and rely on God and His ability, not ours. Our strength and ability is limited; God’s ability and strength is limitless.
David boldly spoke out his faith and prophesied his victory over the enemy – tothe enemy. He was confident of victory because he knew his God and knew that those who trust in the Lord will never be put to shame.
“…I am the LORD. Those who trust in me will never be put to shame.”
Isaiah 49:23 (NLT)

“None of those who have faith in God will ever be disgraced for trusting him…”
Psalm 25:3 (TLB)

You may have natural skills, abilities and knowledge which could help you overcome your giants; but then all glory to you! Yes, God wants you to use what you have to fight the giants in your life (he gave you your skills, abilities and mind, after all). But if you are trusting in yourself, it’s faith with no root and it’s not supernatural. Even if you think you can handle your giant, you need to trust in God. Look to Him and trust His strength and ability to flow through you.
“So David prevailed over the Philistine with a sling and a stone, and struck the Philistine and killed him. But there was no sword in the hand of David. 51 Therefore David ran and stood over the Philistine, took his sword and drew it out of its sheath and killed him, and cut off his head with it…”
1 Samuel 17:50-51 (NKJV)
It’s a miracle (supernatural) that David beat the giant with his slingshot and a stone. It’s important to note that David didn’t sit back and do nothing. He used what he had and trusted God to use it. That slingshot became a deadly weapon in the hands of faith. In the natural, David didn’t stand a chance, but God was with David, and therefore the big, scary giant didn’t have a hope! When we trust in God, it releases His power to move on our behalf. Remember that God didn’t call you to be the first person to trust Him and ever see Him fail. God is faithful (Psalm 36:5; Psalm 86:15; Psalm 119:90; 1 Corinthians 1:9) and His Word is true (Psalm 33:4; Proverbs 30:5; Isaiah 55:11).
Thought for the day
Choose not to rely on your abilities, skills and knowledge. However good it may be, it’s limited. When we trust in and rely on God, we unleash God’s supernatural power to move through us and help us defeat the giants we face. When we trust in God we will never be disappointed!