OPEN YOUR EYES AND SEE YOUR VICTORY 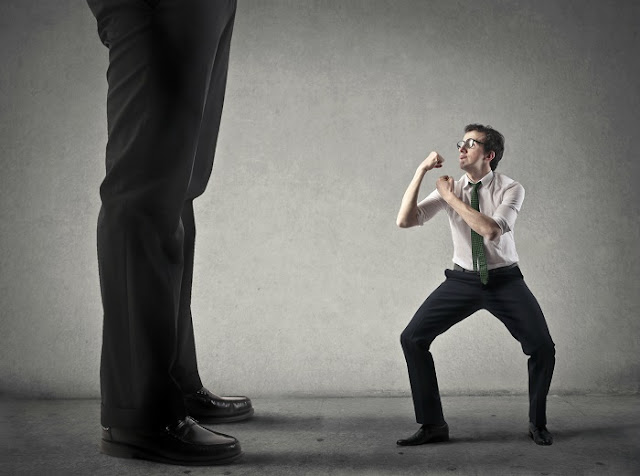 “41 So the Philistine came, and began drawing near to David, and the man who bore the shield went before him. 42 And when the Philistine looked about and saw David, he disdained him; for he was only a youth, ruddy and good-looking. 43 So the Philistine said to David, “Am I a dog, that you come to me with sticks?” And the Philistine cursed David by his gods. 44 And the Philistine said to David, “Come to me, and I will give your flesh to the birds of the air and the beasts of the field!”.”
1 Samuel 17:41-44 (NKJV)
Giants can be pretty intimidating! David was around 15 years old when he went up against Goliath, who was a grown man around 9-feet tall. David certainly wasn’t relying on his flesh (abilities, skills and weapons); his confidence was in the fact that he had a covenant (a relationship) with God. He was thoroughly convinced that he’d defeat Goliath simply because God was with him and Goliath was nothing more than “an uncircumcised Philistine” (someone with no relationship with God). It does not matter how intimidating your giant may be – because God is with you, you’re positioned to overcome and win!
Goliath was shouting out at David (a pretty little boy) that he was going to kill him and feed his body to the animals – that could have been pretty intimidating. But David didn’t allow what Goliath was saying to get to him. He didn’t allow fear or intimidation to enter his heart. Instead, he kept his focus and spoke back to the giant.
“45 Then David said to the Philistine, “You come to me with a sword, with a spear, and with a javelin. But I come to you in the name of the Lord of hosts, the God of the armies of Israel, whom you have defied.”
1 Samuel 17:45 (NKJV)
The giants in our lives are always speaking to us and trying to get us into fear and unbelief. Your financial giant will tell you, “You’re going under… you’re ruined… you’re a failure… you’ll never make it…”. Your health giant will tell you, “You’re never going to get better… it’s bad, really bad… you are probably going to die… who is going to be at your funeral?…”. Whatever giants you face, they’re all essentially saying the same thing: they are focusing on the negative, they are not acknowledging God or His promises, and they are all trying to get you to give into fear, to not believe God, and to lose hope.  Like David, we too need to speak to our giants and boldly declare that God is with us, and then declare His Word. Jesus told us to do this in Mark 11:23 when He said that we should speak to our mountains (our problems) and tell them to go! He didn’t tell us to speak to God about our problems, but to speak to our problems and tell them to go. We have the God-given authority to do this.
“46 This day the Lord will deliver you into my hand, and I will strike you and take your head from you. And this day I will give the carcasses of the camp of the Philistines to the birds of the air and the wild beasts of the earth, that all the earth may know that there is a God in Israel. 47 Then all this assembly shall know that the Lord does not save with sword and spear; for the battle is the Lord’s, and He will give you into our hands.”
1 Samuel 17:46-47 (NKJV)
David spoke out in faith and told Goliath (who was much, much bigger than he was) exactly what was going to happen. He hadn’t defeated Goliath in the natural, but in the Spirit and in his heart it was done. He could see it. You need to see your victory. See yourself as healed and strong. See yourself as debt-free and prosperous. See yourself as fearless. See yourself as God sees you. Proverbs 28:19 shows us that we perish without vision. You need to see (imagine) what you’re believing for – see the victory! Then declare it! David told Goliath that he was going to cut his head from his body. This meant that the giant would not be a threat again. David was also prophesying that he would use Goliath’s own sword to cut his head off (remember, David only had a slingshot). David then told Goliath that he would feed the carcasses of the Philistines to the animals. In other words, David was declaring that he would defeat the entire Philistine army – he had a vision for complete and total victory! He wasn’t trusting in his skills as a soldier, or his weapons or strength; David was trusting in the Lord and knew that God would give him the victory.
Thought to focus on for the day:
No matter how intimidating my giant may be, because God is with me, I am positioned to overcome and win! I will not allow fear or intimidation to enter my heart – I choose not to focus on what the giant is saying. Instead I will keep focused on God’s promises and I will boldly declare them. God has already given me the victory (1 John 5:4). I choose to see myself as victorious.