“For we wrestle not against flesh and blood, but against principalities, against powers, against the rulers of the darkness of this world, against spiritual wickedness in high places.”
Ephesians 6:12 (KJV)
The battle is spiritual, and so we need to learn to fight spiritually. For example: we often wrongly believe that we’re in a battle against the difficult people in our lives. But people are not our enemies. The real battle is against the spiritual forces at work behind the scenes. These forces may work through people, but people are never your enemy. They may be used by the devil to make your life difficult, but you need to keep in mind that Jesus came to save people and He loves everyone. As long as someone is breathing, they are a candidate to receive God’s love and have their life radically changed. People are not your enemy. Satan is.
When people are making our lives difficult, we shouldn’t respond like the world does. We do things differently. If we respond to difficult people with anger or try to cause them harm, then we play into the enemy’s hands and empower him in his strategy to destroy our lives.
“For the wrath of man does not produce the righteousness of God.”
James 1:20 (NKJV)
We need to do things according to God’s Word. His instructions on how to deal with difficult people are truly counter-culture. Everything inside a carnal person will reject these instructions; but God thinks differently to man and His wisdom is far higher than ours (Isaiah 55:8).  If we follow these instructions it doesn’t mean that we will have perfect relationships and win favour with all men – not at all (Luke 6:26). It might, but in some cases you just need to keep your heart right and do the right thing, even if it’s not yielding fruit that you desire. It’s always the right time to do the right thing. Over the next few days we’ll be looking at what God’s Word says about dealing with relational issues.
“Only by pride cometh contention…”
Proverbs 13:10 (KJV)
The source of all grief in life, of all quarrels and altercations, is pride (or self-centredness). This shows us that if we’re having issues with someone, pride is causing it. Deal with pride (self-centredness) and you’ll start to see things turn around.
“Let each of you look not only to his own interests, but also to the interests of others.”
Philippians 2:4 (ESV)
The problem is that we’re more concerned with looking out for ourselves than for anyone else. We live in a generation and a culture where self-centredness is promoted and praised. People are generally more concerned with themselves than helping and serving others. If you’re in a toxic environment at work or in the home, a sure way to start changing the atmosphere is to become selfless and start seeking to be a blessing and serve others.
I once lived in a house with a couple of other guys. We were all students, but everyone else worked part-time (I couldn’t). When I arrived at the house, there was a little tension because no one really cleaned up after themselves and the kitchen was always a mess (there was stuff growing in the microwave!). I got really frustrated at first but quickly decided to focus on being a blessing, and being selfless. I chose to be a blessing by always making sure that the kitchen was clean. The other guys were studying and working, and so it’s the least I could do to bless them. I even made dinner once or twice a week for them. I never moaned or complained about the dirty dishes – I just washed them. After a few weeks of this the other guys started pitching in to help (without any pressure). One even said to me, “You can’t always clean up…” and I replied by saying that it was no problem at all. A friend of mine on the other side of the country had a similar situation at the same time, but they called regular house meetings to make rules about cleaning up and cooking. They had a lot of issues in their house – we didn’t. You don’t have to do what I did, but if you want a toxic or potentially toxic situation to be diffused, choose to be selfless and be a blessing.
Thought to focus on for the day:
“3 Do nothing from selfish ambition or conceit, but in humility count others more significant than yourselves. 4 Let each of you look not only to his own interests, but also to the interests of others. 5 Have this mind among yourselves, which is yours in Christ Jesus,[a] 6 who, though he was in the form of God, did not count equality with God a thing to be grasped, 7 but emptied himself, by taking the form of a servant,[b] being born in the likeness of men. 8 And being found in human form, he humbled himself by becoming obedient to the point of death, even death on a cross. 9 Therefore God has highly exalted him and bestowed on him the name that is above every name, 10 so that at the name of Jesus every knee should bow, in heaven and on earth and under the earth, 11 and every tongue confess that Jesus Christ is Lord, to the glory of God the Father.”
Philippians 2:3-11 (ESV)


BE SURE TO READ PART TWO BY CLICKING HERE! 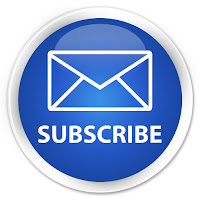