The Importance of Character 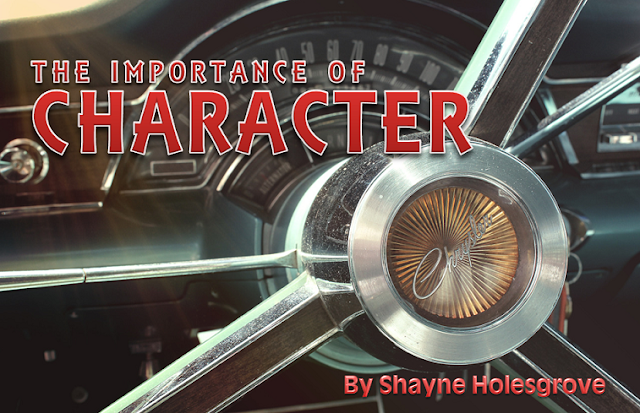 Any pastor or leader knows full-well how we can use all the help we can! Because of the great need and often the lack of supply, we can often fall into the trap of taking what we can. This can lead to huge problems. We should never appoint people to leadership or areas of responsibility because they really want to do it, and say they can do it. Character is much more important that willingness and even ability.

“Most men will proclaim everyone his own goodness: but a faithful man who can find?”
Proverbs 20:5 KJV

Character is said to be “the stable and distinctive qualities built into an individual’s life which determine his or her response regardless of circumstances.” Abraham Lincoln once said, “Reputation is the shadow. Character is the tree.”1
Thinking of character as a tree reveals an important aspect of it: TIME. It takes time to develop and time to be proven. Time really is an important ingredient in proving character. I have been able to sum people up in a short space of time but sometimes I have just been wrong, and over time I have seen how people can say one thing, and try do that for some time, but they cannot consistently perform inconsistent with their character for an extended period of time. They will become frustrated, tired and eventually they will give up to their default.
The problem comes in when, as the proverb says, “most men proclaim their own goodness.” You cannot just listen to what people say. What are they not saying? What are they doing? What have they done? As a leader I raise up leaders, appoint leaders and delegate responsibilities. Sometimes I have been quick in doing it but most times I take a while. The reason for this is that those who desire to lead sometimes don’t have the weight and stability of character to hold them over the long haul. Some people are sadly just “flashes in the pan” or “shooting stars” because of hype, momentary zeal, an emotional high or something.  I remember taking ages to appoint someone to a leadership position (thankfully) and eventually they fell apart and their motives for wanting to be a leader came out. Character is like a cork. You can pull it deep under water and hold it there until you’re tired, but eventually when you relax and let go, it will float to the surface.
When appointing leaders I am never looking for the best person according to ability, especially since people often think too highly of themselves and proclaim their own goodness. As William Shakespeare said, “The empty vessel makes the loudest sound.” I am looking for character. How does the person respond to good situations and circumstances? How do they respond to the bad stuff? How do they deal with conflict? Are they a person of their word; is their word their bond? (James 5:12) Are they faithful, dependable and stable? These questions can’t really be answered on first impressions or in a questionnaire. It takes time. The bible gives great advice concerning appointing leaders, “And they must also be tested first; if they prove blameless, then they can serve…” (1 Timothy 3:10). This takes time, but God is not in a rush and neither should we be.