YOUR TONGUE CAN GET YOU OUT OF THIS 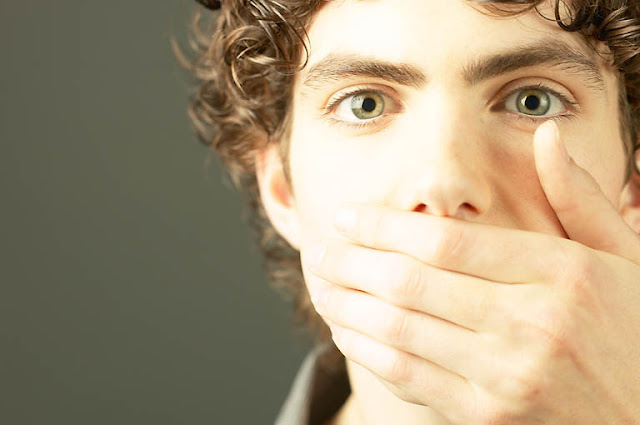 “Then He arose and rebuked the wind, and said to the sea, “Peace, be still!” And the wind ceased and there was a great calm. 40 But He said to them, “Why are you so fearful? How is it that you have no faith?” 41 And they feared exceedingly, and said to one another, “Who can this be, that even the wind and the sea obey Him!”
Mark 4:39-41 (NKJV)
The disciples were filled with fear. They were in the middle of a big storm and their ship was sinking. While all of this is going on, Jesus is taking a nap in the boat! The fear-filled disciples, crying out for help, eventually woke Jesus up. Jesus responded to His disciples by dealing with the storm and then He asked them: “Why are you so fearful? How is it you have no faith?”. Jesus had been training them for some time now, and so they should have responded differently to this challenge. They should have thought of exercising their authority and calming the storm. But when we focus on the storms of life, we give place to fear and we paralyze our faith. We simply do not have space in our hearts for faith to operate when our hearts are full of fear! We need to keep our eyes on Jesus, stay focused on His Word, and continue going in the direction He has called us to – which is victory!
When Jesus woke up He didn’t panic. He didn’t talk about how bad the storm was or call someone for an expert opinion. Scripture says that He simply “arose and rebuked the wind, and said to the sea, ‘Peace, be still!’ And the wind ceased and there was a great calm.” Jesus was demonstrating how we should deal with storms (or attacks) in life: we don’t study them and try figure out how bad they are. We simply rise up and rebuke them. This won’t make sense to the unspiritual man, but we speak to the problem directly and tell it what to do. We should use our words to command peace into situations and the result will be “great calm.”
“The tongue has the power of life and death, and those who love to talk will have to eat their own words.”
Proverbs 18:21 GOD’S WORD® Translation
Our words are powerful. We should be speaking faith-filled words of life because they will lead to a great destiny. But sadly, many believers speak words of death, unbelief and doubt more than they speak God’s Word and promises over their lives. Many times when a storm comes against us, we speak out the opposite of peace, and that’s why we don’t see a supernatural turnaround. That’s why things often get worse – because we’re using our authority to make things worse. When the doctor says you’ve got an incurable disease, don’t respond with fear and panic, saying “This is going to kill me!”. Respond with faith by speaking out the Word: “Thank you Jesus that You’re bigger than this sickness and You live in me. By Your stripes I am healed!”. When the economy is heading south and things starts going against you, don’t panic and say “This is going to ruin me!”. Respond in faith and declare God’s Word: “Thank you, Lord, that I am blessed and that You are my provider. I am not subject to the world’s economic system, but to your kingdom’s system which says that I am blessed, and everything I put my hand to is blessed!”. When things look bleak, don’t declare what you see – declare what God’s Word says. Then the situation will turn around.
“For assuredly, I say to you, whoever saysto this mountain, ‘Be removed and be cast into the sea,’ and does not doubt in his heart, but believes that those things he says will be done, he will have whatever he says.”
Mark 11:23 (NKJV) – emphasis mine
Most of us don’t realize the authority that we carry. As a result, we don’t put much thought into the words we speak, and we aren’t putting faith into action by speaking faith-filled words. We shouldn’t be merely saying what we see when storms and problems come against us – we should be speaking what God’s Word says and what we know to be true.
Thought to focus on for the day:
You have authority to speak peace to your storm. If you focus on the storm and how bad it is, it will overwhelm you. But as you focus on Jesus and His Word, faith will fill your heart and enable you to rise up and overcome! Speak words of life! Your tongue is the rudder of your life. You can it use to steer your life in the right direction (see James 3:1-12).